The prestigious Dubai International Film Festival is conducted every year under the sponsorship of major corporations and Dubai Media City, showcasing all the major participating movies from around the globe, very similar to the Cannes Film Festival. As a part of its activities and as a commitment to encourage and inspire students of the arts within the United Arab Emirates, a competition is conducted for the outstanding young journalist of the year. The competition is for students currently studying Journalism, Public Relations, Film Studies or Mass Media Communications providing them an opportunity to be a part of the festival as well as showcase their writing skills. The Department of Media and Communication proudly shares the achievement of Ms. Melissa Khan (Final Year – Visual Communication Specialization) who won the coveted Dubai International Film Festival (DIFF) “Young Journalist Award 2008”. This is a competition in which all major universities in U.A.E participate every year. These include institutions such as American University of Sharjah, Zayed University, UAE National University, Ajman University, University of Sharjah, Middlesex University, Murdoch University, and American University in Dubai. In order to enter the competition, the students had to write a film review in English or Arabic of a movie of their choice in no more than 100 words. Students were then invited to participate in the competition during the 5th edition of Dubai International Film Festival from the December 11 – 18, 2008. Participation in the competition entitled the students access to DIFF industry panels, press conferences as well as film screenings. In addition, they attended a Film Journalism Workshop where they received feedback about their reviews, writing tips and also learnt about new media. For the competition, all the nine entries sent by our students, Ms. Aakanksha Singh, Ms. Aayesha Fahim, Ms. Pooja Pillai (Final Year – Visual Communication Specialization), Ms. Nida Sohail, Ms. Stuti Kotiyal, Ms. Ishani Ennos (Final Year – Advertising and Public Relations), Ms. Saira Kasim (Final Year – Print Media), Ms. Megna Kalvani (Second Year) and Ms. Melissa Khan were among the 20 final entries selected from all the U.A.E. universities. The Department of the Media and Communication would like to acknowledge the initiative, coordination and self involvement of Ms. H.S. Shubha to make this happen. The department also acknowledges the whole hearted support provided by Ms. Fokiya Akhtar. 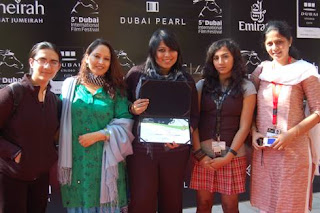 Proud moment for the Department of Media and Communication Manipal University, Dubai 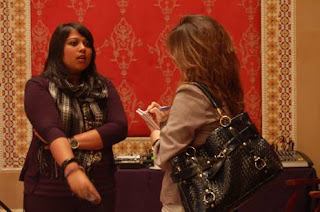 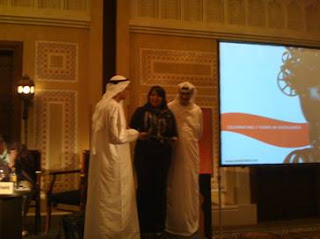 Ms. Melissa Khan being interviewed by the media 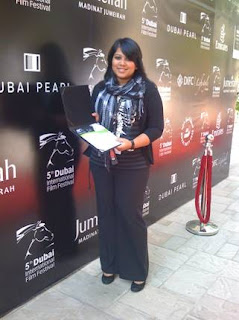