Manipal Conquers It All at BSF 2009 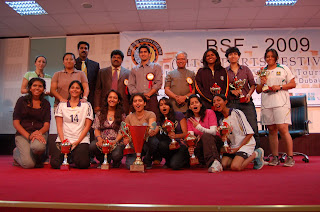 The winners take it all Photo - Blessy Boben 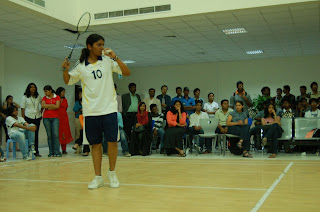 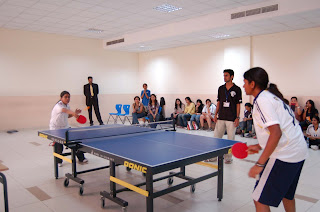 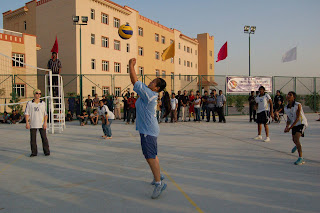 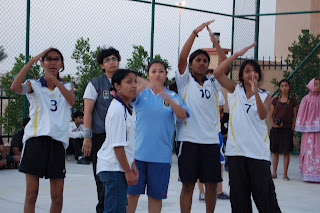 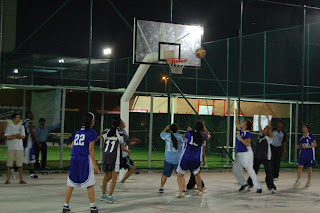 They played to win! Photo - Disha Laungani
It was a spectacular display of grit, determination and sportsmanship displayed by the girls of Manipal University at the finals of the BITS Sports Festival 2009. Amongst the 450 athletes that participated, the girls of Manipal stood out as the true winners as they battled with fierce dedication at the nine day sports festival. They had one aim: to bring back as many trophies as possible to further add to the glory of the university. With the sheer amount of hard work and the rigorous training sessions, under the able guidance of Mr. Krishna Kumar, the girls achieved what they had to.
They beat all the other universities and qualified for the finals that were held on April 8-April 9, 2009 at the BITS- Pilani Dubai (BPD) campus. The chief guest of the event, Mr. Vijendra Singh, the bronze medalist for boxing at the Olympics, along with other BITS members and students arrived at Manipal to receive the team and their coach, Mr. Krishna Kumar, and led them towards the venue.
The first match was held for Volleyball between Manipal and BPD. The girls battled it out with utmost willpower. The air was filled with tension and apprehension as both the teams were equally good. It was an unpredictable and nail biting match as the girls put their best athletic prowess on display. The match ended with Manipal securing the Runners Up position but it was not an easy win for the opponents.
The next event was the Throw ball match again between Manipal and BPD. The first half of the match was definitely in favour of Manipal. However, during the second half the game tilted in favour of BPD, again forcing Manipal to win at the Runners Up position. However it was no easy feat playing against the host team with a court full of BPD supporters. Yet the girls fought without allowing the concentration levels to waver and showed excellent sportsman spirit. The highlight of the day however was the Basket ball match between Manipal and University of Wollongong, Dubai (UWOD). The game could not have been more intense as the girls from both the teams played to triumph. The Manipal team had decided to play with one intention in mind. Their goal was to win and win only. Even after two tiring games, nothing could have stopped these girls. And what a spectacular win it was! They beat UOWD with a score of 14-10 and proved that they indeed were the true champions.
The next day was the finals for Table Tennis and Badminton, again against BPD. Three out of four sets were played for the badminton match, singles and doubles. Manipal won three out of the four matches played and was declared as the winner. The table tennis match was also won by Manipal and four out of five matches were played. Manipal lost the first match but won the other three matches and both the matches were indeed a stunning exhibit of athleticism and perseverance.
The matches were followed by the Prize Distribution Ceremony where Mr. Vijendra Singh and the director of BDP, Dr. M. Ramachandran presented the trophies to all the winners. Needless to say, the Manipal team had more trophies that they could have carried! It indeed was a sight to watch as they stood holding up their gleaming trophies.
Manipal Dubai has carved its niche at the inter college sports events. This success is owed largely to the coach, Mr. Krishna Kumar, whose initiative and relentless hard work helped hone the talent of these girls and make their mark in such a competitive field. “Be it any situation, if you try hard enough…you will win” is what he has imbibed in the girls. It is because of him, his ambition of increasing the prestige of Manipal University with each passing sports event and the sporty dexterity of the Manipal team that we have so many trophies to proudly put on display…each of them having its own unique tale of fortitude and championship.
The Teams: Throwball – Nidhi , Roshny, Rabiya, Dyvine, Megna, Mariam, Krishna Priya, Klarissa, Sahiti, Samantha, Ushnata Basketball- Nidhi , Roshny, Rabiya, Mariam, Krishna Priya, Klarissa, Sakina, Ushnata Volleyball-Sabrina. Nidhi, Rabiya, Roshny, Mariam, Ushnata, Klarissa, Alifiya Table Tennis- Joanna, Roshny, Rabiya, Aeysha Badminton- Roshny, Joanna, Yojna, Sahiti, Rachael
Posted by Disha Laungani 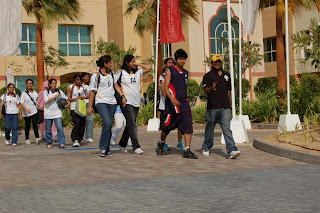 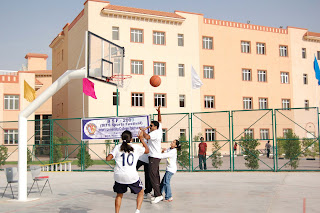 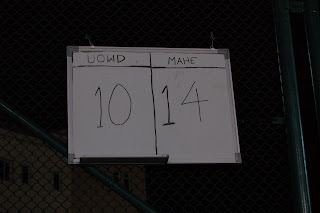 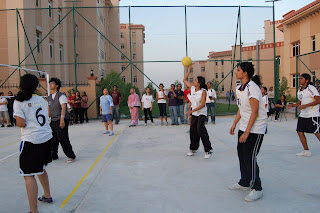 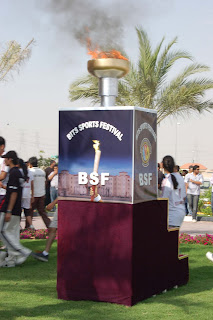