Officially kicking off Student Hub’s Week of Welcome (WOW) was the movie night, at Grand Cineplex (near Wafi City), on the 20th of October.

It was an exciting and much anticipated event as over 300 students from Knowledge Village and Academic City hustled into the transport provided (at DIAC), and headed towards a night filled with free popcorn and Pepsi. 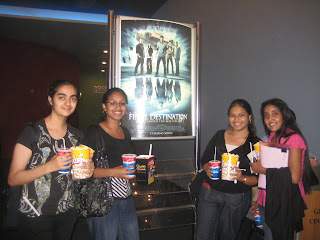 Ready for the Celluloid (Photo by Megna Kalvani)

Priced at just AED 15, ‘The Final Destination’ the much awaited horror/thriller flick of the year, started at 6pm sharp, keeping the students glued to their seats right from the beginning.

Even though many of them backed out from purchasing the tickets originally, due to the film not being in 3-D, there was a great turnout who left with pleased faces leaving the theatre at 8pm.

Other students also enjoyed the concept of the event- students spending time together at a newly released movie at half price. It was truly a dream come true for the students, especially for those wanting to unwind. 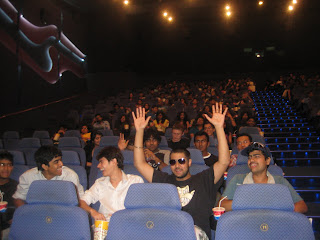 Before The Projector Beams (Photo by Megna Kalvani)

‘I would definitely rate the movie 5/5. It was definitely a good experience, neat crowd and it was a great way of spending time,’ Raghav Babbar, a student at IMT said.

His friend, Ankit Yadav piped in saying, “Yeah, the experience was very nice. We should have events like this often.”

As contented and satisfied students left for their respective buses, the Student Hub had successfully accomplished yet another entertaining event for the students. What better way to welcome new sheep into the flock?