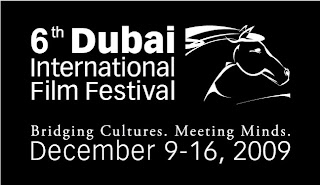 The red carpet has been laid out, the big screen is ready and some of the leading stars will shine down. Dubai is all set to reel out the sixth edition of the Dubai International Film Festival today, December 9th 2009. The definitive film festival of the region, DIFF is officially open with celebrities in attendance at the Opening Gala of Nine, director Rob Marshall’s newest all-star musical.

DIFF recognizes the key role that the media plays within the film industry and in order to encourage journalism and media students to explore this as a possible career, in 2008 the festival launched the DIFF Young Journalist Award. The Department of Media and Communication proudly shared the achievement of Ms. Melissa Khan (Final Year – Visual Communication Specialization) who won the coveted Dubai International Film Festival (DIFF) “Young Journalist Award 2008”. Following the success,  this year also Manipal University sent 3 students of print specialization team for DIFF Daily and few others for the workshop. DIFF Young Journalist Award consists of a series of open workshops as well as a mentoring programme for 10 selected UAE-based students. 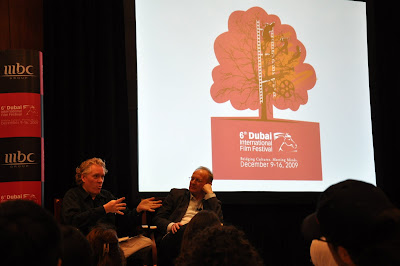 Share knowledge, build skills and give room to apply acquired skills — that is the essence of the Dubai International Film Festival Young Journalist Award programme held this year in partnership with MBC Group. Building on the success of the event last year, the DIFF Young Journalist Award significantly enhances budding journalists' career development by providing students the opportunity to be mentored by subject experts and apply their skills in a realistic workplace setting.

This year's mentorship programme is led by Scott Macaulay, from Filmmaker Magazine and Producer, Forensic Films, and Colin Brown, formerly at Screen International and now at CNBC Business, who will provide specific and in-depth training to students nominated by UAE-based universities. 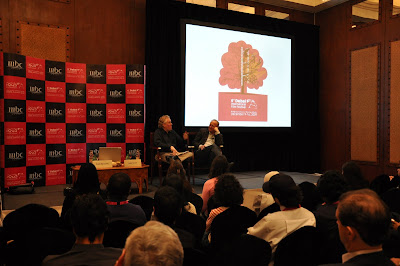 The first session held on Wednesday 9th December at Madinat Jumeirah Conference Centre from 11h30-13h00 regarding “Covering a film Festival” in which Colin Brown and Scott Macauley provided journalists with an overview of the historical development of the film festival and the things that can be considered “news” when discussed in a festival context. In this seminar they intended to help writers attain the knowledge base needed to jump into film festival journalism. Following this the utilization of new techniques in the field of journalism were also discussed like blogging and film event coverage.

From start to end our personal experiences as print students was spectacular, we could see by the red carpet and excellently prepared interiors that DIFF showed much promise.