The 5th annual American University of Sharjah (AUS) Racket Tournament concluded on the 24th February 2010 on a high note for Manipal University. The four day tournament, from 21st to 24th, saw both boys and girls of Manipal Dubai emerge as winners in the events of badminton and table-tennis.

The girls proved their pluck once again when they retained their position as numero uno in both badminton and table-tennis. In badminton, Roshny Ravindran of Media 3rd Year and Nikita Arora of Media 1st year were a force to reckon with when they faced hosts AUS in the finals. In the doubles category, Manipal beat AUS in two straight sets (15-7, 15-4). As for the singles, Roshny faced Belinda of AUS in a match that showcased their respective strengths. In the end, it was no competition for Roshny’s smashes and perfect placement of the shuttle and she won the game 15-10, 15-10.

AUS and Manipal met again in the table-tennis finals which was a cake walk for the latter. Nikita from Engineering 1st year and Dimple Bhagchandani of MBA breezed through the singles and doubles events. In a best-of-five match, Nikita who played the singles for Manipal won in straight sets. The scores read as 11-3, 11-6 and 11-4.  The doubles too was not much of a task and was won easily with the scores being 11-0, 11-4 and 11-7.

The boys too performed quite well securing second and third place in badminton and table-tennis respectively. In the badminton finals, Nikhil Gupte and Glickson Correa were pitted against a tough team in the form of AUS. AUS had an upper-hand in the game with one of their players being the UAE Badminton Champion. Though not victorious, our boys did not let go easy and put up a good fight.

Kevin Dias and Vivek Sunder vied for the third place with Preston University. What followed was a nail biting match which yielded results only in the fifth set.

With the onset of the sporting season, the results of the AUS tournament are sure to motivate our athletes to perform better for other tournaments lined for the season.
Here’s congratulating them for their victory at AUS and wishing them good luck for future tournaments. 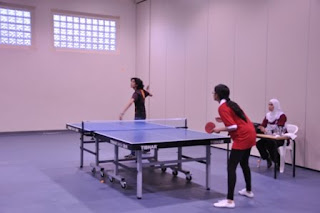 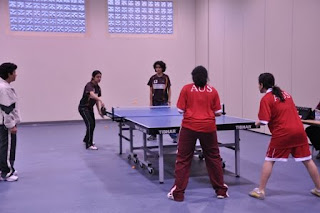 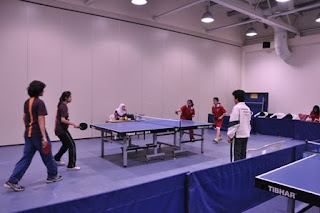 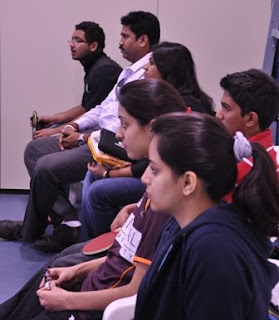 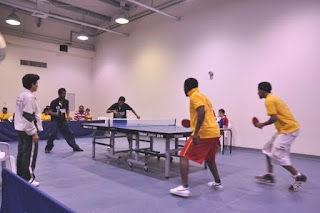 The boys putting up a fight. 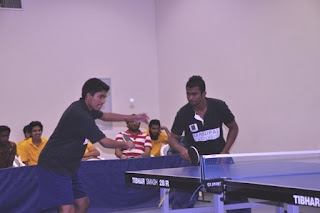 Ready for a backhand shot. 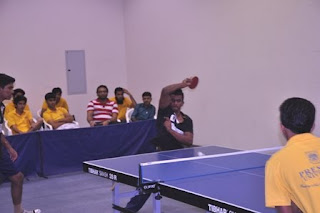 Sending it across with a forehand 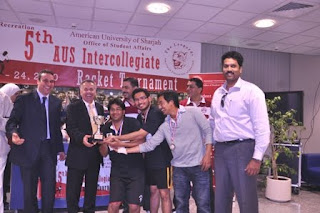 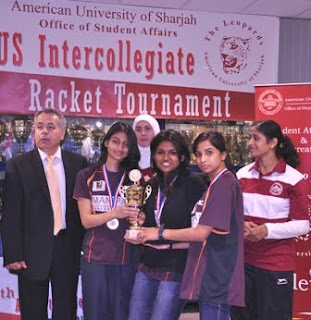 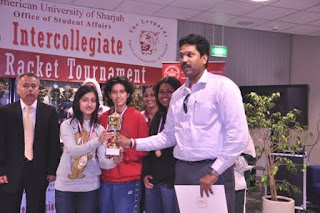 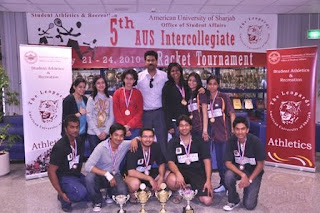 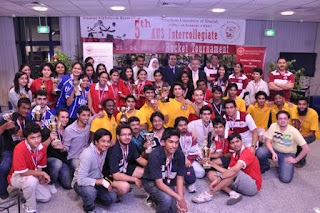 The Tournament Winners!
Article and Photos by Rabiya Sonde
Posted by MANIPAL DUBAI BLOG at 4:31 PM