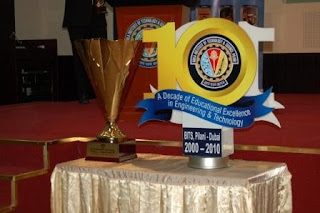 The final day of the Sports Festival saw the final football match between Preston University and Skyline College, with the former winning the match. This was followed by a nail-biting badminton girls finals between Manipal Unviversity and BITS. Joanna Marie and Roshny Ravindran  faced the BITS girls for a match of doubles. 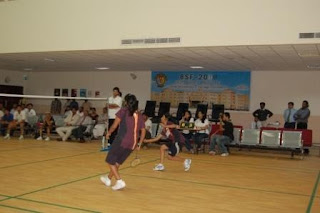 The nail biting Badminton finals
Nikita Arora won the first singles while the deciding singles match was fiercly competed for by Roshny Ravindran. 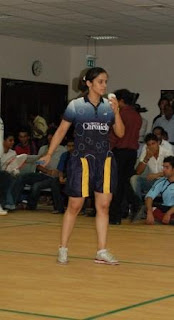 Saina Nehwal displaying her prowess on the court

The Guest of Honor was Saina Nehwal, India’s Badminton sensation. Currently ranked number 5 in the world by Badminton World Federation,  Saina is the first Indian woman to reach the singles quarterfinals at the Olympics and the first Indian to win the World Junior Badminton Championships. The winning BITS team played Saina Nehwal, who  had the audience in awe of her on-court skills.

The Sports Festival came to a fitting finale with the awards ceremony on April 25, 2010. Ms Nehwal presented the winners with medals and trophies. 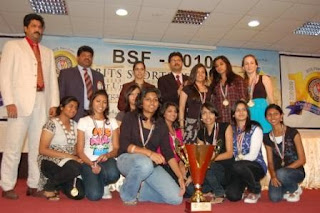 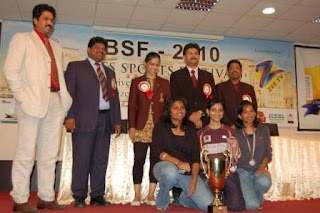 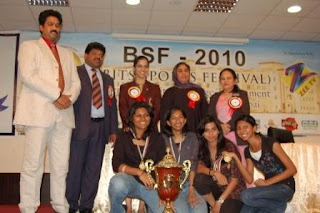 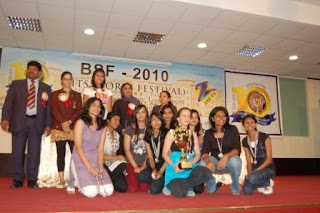 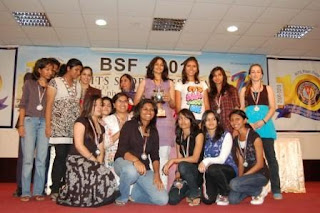 The Manipal girls team sweeping up the well deserved trophies


The Manipal team, the girls in particular cinched numerous awards for their prowess. Their victories include: Winners in Basketball, Volleyball Runners Up, Throwball Runners Up, Badminton Runners Up, Table tennis Winners. In what was a defining moment in the history of the The BITS Sports Festival, The University of Wollongong coveted the BITS Overall Trophy. 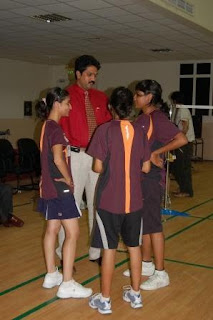 Mr Krishna Kumar offering words of encouragement to the team

With BITS promising a bigger sports festival next year, The Manipal athletes are gearing up to bring the 2011 cup home. The Manipal team battled the other colleges with utmost dedication and sportsmanship, bringing back trophies and keeping the Manipal flag flying high. The Manipal athletes owe their success to Mr Krishna Kumar, who diligently coached them through the event. We congratulate the entire team for their performance and wish them the very best.
Posted by MANIPAL DUBAI BLOG at 9:49 AM