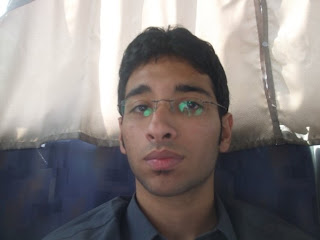 Day 2 of Spring Fiesta saw a new addition to the list of competitions. This year,  Video Gaming was added to the list of events being held at Festival City on the 16th of this month.
Enter Jeraz Percy Pastakia, a Final Year student of  Media and Communication student from Manipal University, Dubai. He participated in the FIFA 2010 category and promptly went on to win first place. His journey included three matches in the qualification section and three matches on finals day. He went undefeated and managed to rack up scorelines like 11-1 and 6-0 on the way.
Here we find out a little bit about the man behind the digital men.

Q. First of all how did it feel participating in such a big video gaming event?
Jeraz: Well at first I was nervous because I knew that every youngster who played FIFA would be participating in Spring Fiesta. Also I hadn’t played the game in over a month and was a bit rusty at the start. However, it feels great that I was able to overcome these obstacles and win.

Q. Which team did you choose and why?
Jeraz: Well I chose Manchester United because they are my favourite club. Also in the game they are a very balanced team and I know how they play.

Q. Who is the toughest opponent you faced and why?
There was this participant from Preston University who had chosen Real Madrid. He was tough because he played a lot of possession football and thus it took me around 89 minutes to score the winning goal.

Q. What did you win and where do you go from here?
I won a gaming sofa and four games. I want to start dominating the video game circuit and will definitely take part in some future tournaments. Also I plan to branch out as I’m also very good at FORZA Motorsport and Tekken. I want to see what kind of competition is out there.

Jeraz has made Manipal the ‘Cantera’ of gaming prodigies and we are very proud of the man that singlehandedly humbled Spain, Italy, Germany, France and the Brazilian National Team whom he beat 5-0.
Posted by MANIPAL DUBAI BLOG at 2:46 PM