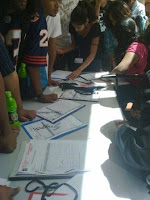 The Winter Semester at Manipal Dubai has always been tightly packed with events organized by the various departments. Right after the enormously successful Health Week which was organized by the Biotech department, from the department of Engineering, comes a two-day fest – Technovanza. Held over April 21 and 22, the event attracted tech geeks from various colleges around DIAC. 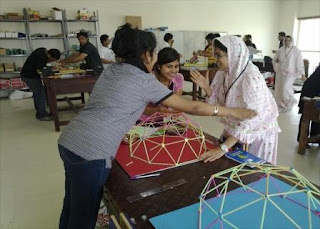 Even though the registrations for their various events began a week before the fest, students continued to register till the last day of the festival. The most popular activity was the Treasure Hunt that included pairs from various universities going around the campus in search of the treasure. While the students began the race to find their treasure, a couple of other students participated in the Dome Making competition. It included creating isosceles triangles or equilateral triangles of specific height and diameter, the specifications given by those organizing the event in order to form a dome. 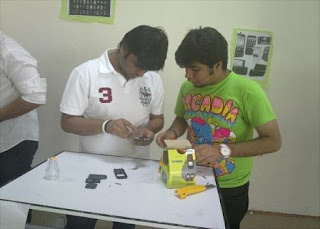 Next on the list was “mobile assembly”, where participants of the competition had to disassemble a mobile into 16 basic parts only to reassemble it back again in the best possible working condition but in the least amount of time. There was also the innovative “bridge making” competition, which required the participants to make a bridge based on the given specification for the competition. The materials which were given to make the bridge included thermocol, cardboard and copper wire to create a bridge and the one that would weigh the most was declared the winner. 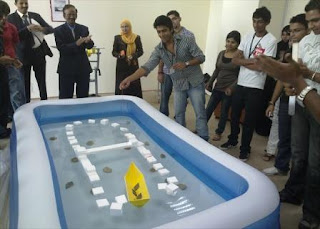 “Sailboat”, a competition similar to bridge making required the participants to create a boat again with the instructed specifications. All events were given a time of an hour and a half to two for their completion. 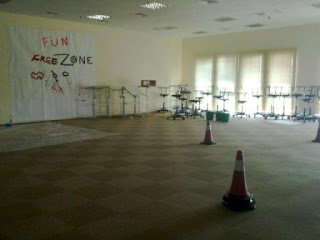 The 'Funzone' proved extremely popular with the attendees.

There was also the ever popular fun zone and a counter strike competition around which swamped all the boys from various departments. 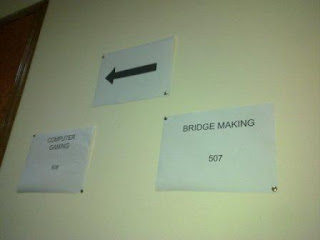 The various activities on the floor

It indeed was an innovative, unique and fun filled two days that showcased creativity combined with technology at its very best. We congratulate the Department of Engineering for their praise worthy endeavors and now await the further fests with renewed enthusiasm and excitement.