The awaited interdepartmental eastern dance competition left the Manipal University, Dubai’s auditorium with a thump. The gist of the event revolved around exclusive costumes, conceptualized folklore and cultural roots which made faculties, students and even security guards indulge in pure entertainment.
The judges were in a fix after every department performed as the results got closer, numerically. Mrs. Uma Prasad, the Students Services Officer, stood gracefully by the stage applauding students participating in the event. 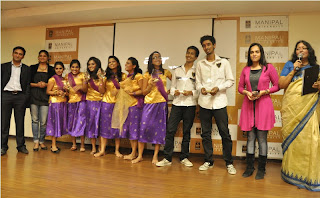 Winners of the competition - Department of Management 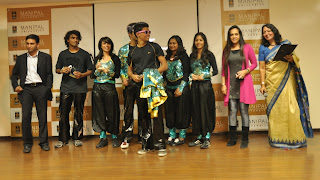 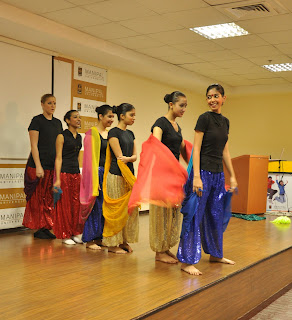 The Department of Biotechnology surprise audiences  with their 'chemistry' 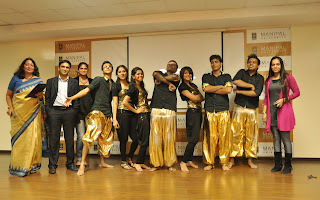 Department of Media and Communications dazzle in gold after  a tie up with Department of Engineering for the 2nd place. 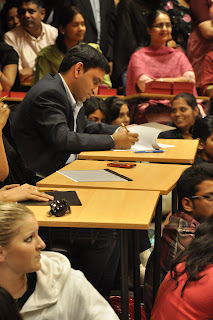 Judges contemplating  on the final list of winners. [Photo by Jyoti Mansukhani]
At the end of the competition, the judges deliberated on the results with help coming from Mrs. Uma Prasad and Mrs. Seena Biju from Management Department. During this time-period, the hosts of the event instigated the audience to scream out the anticipated winners which took anxiousness to the next level.
Finally, the event winner names were laid out. There was a tie in the 2nd place between the Departments of Media and Communications and Engineering. Both of them were equally deserving, the judges felt. And now the 1st prize winner - Department of Management as they stomped the stage with exuberant smiling faces, warm hugs. This brought an end to this bravura event. Kudos to all participating team, making this competition so competing!!