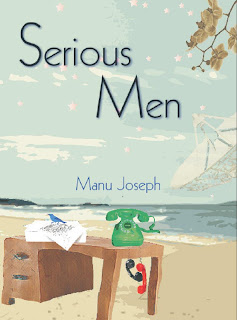 Blurb / Summary: Ayyan Mani appears to be just another man in Mumbai, stranded in the rot of a good marriage, an unremarkable life and a dead-end job as personal assistant to an insufferable astronomer called Arvind Acharya at the Institute of Theory and Research. To entertain himself and to give his wife the hope that they are heading towards a spectacular future, Ayyan embarks upon a secret game, weaving an outrageous fiction around his ten-year old son. As he builds the small plots to promote the myth, he sets in motion a chain of events that soon threatens to overtake him. When the formidable reputation of Arvind Acharya, who is obsessed with the theory that microscopic extraterrestrials are falling on Earth all the time, plummets after a major scandal, and he is rocked by the vicious office politics in the institute, Ayyan sees in the crisis an opportunity to further his own game and make his son a national celebrity. But in the exhilaration of the game lurks danger…

About the Author: Manu Joseph is a journalist and now serves as Editor of OPEN Magazine. ‘Serious Men’, his first novel, has been published simultaneously in India, Britain and the US. It has also been translated into Dutch, German, French and Serbian. The author was listed among the top new novelists of 2010 by the British newspaper, The Daily Telegraph.
Review: Given his association with OPEN Magazine, one would expect nothing less than a controversial drama from Manu Joseph’s Serious Men. To some extent, he does manage to live up to that expectation.
Review: Pitting the Dalits against the Brahmins and questioning the credibility of scientists, Joseph tells the poignant tale of Ayyan Mani and Arvind Acharya – interweaved with an intelligent plot, subtle humor and just the right amount of emotions. From the hefty aunties jogging on the beach, to the young love birds meeting ‘secretly’ in public; from the unemployed men staring at girls to the typical mayhem of a greasy chawl life -  the very essence of the Mumbai suburbs has been captured.
What’s most interesting about his characters is that none of them are portrayed in complete white or black shades; everyone is a grey and hence everyone is that much more close to reality. For instance, while Mani is on a roll, spinning lies about his 10 year old son and deviously showing his distaste towards the upper caste, he is no less when it comes to being a doting father, a loving husband and a friend to his fellow lower caste friends. On the other hand, Acharya - who is shown as a man of substance, power and much honor, is shown to become equally vulnerable to momentarily pleasures like any other common man. Yet, his character is drawn out to be so magnetic that one just cannot get one’s self to hate him as much as his colleagues in the book.
At the end of this journey, you invariably tend to overlook the duplicity of Mani and pompousness of Acharya, and find yourself hoping that they triumph over the various politics of the society.
Review by Hileri Bilakhia
Posted by MANIPAL DUBAI BLOG at 3:30 PM