“Our Place - Our Planet - Our Responsibility” 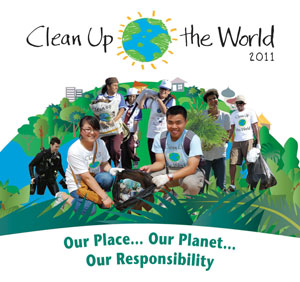 Dubai Municipality has announced the Clean up the World Campaign 2011 which will be starting from 23 – 28th October keeping its motto “Our Place - Our Planet - Our Responsibility” as foremost for making our world a cleaner, greener place to live in.


It gives the different communities of U.A.E a chance to contribute and help cleaning up. It also helps bring awareness about the environmental issues all over the world, with this campaign happening approximately in 130 countries each year.
Dubai International Academic city opens its doors tomorrow, 27th October 2011 as they hope students from different universities will join them in this common cause to save the environment. Volunteers are asked to meet at 11 a.m in Block 6.


Like this, a number of educational institutes and organizations join this campaign every year to help about in the community by cleaning certain areas in the city. This year, there will be a number of areas which will be covered by the initiative. There are various activities which are carried out during the campaign such as tree planting, recycling or picking up waste in the designated areas. Awareness about electricity and water conservation is also spread to people throughout this week.


There also a similar event coming up which is ‘Clean Up the World Beaches’, which will be held on 21st November in Umm Suqeim area around the Jumeirah Beach by the Dubai Municipality along with Emirates Marine Environmental Group (EMEG). It will provide the volunteers bags which have to be filled with the waste or litter they find along the beach. This event aims to set an example of keeping the marine environments free of litter and waste that is harmful to marine life as well.
As youngsters, a few simple things like turning the water and electricity off, disposing off waste in the right manner and so on can help make a difference. So join the campaign and do your part to help the environment.
Report by Nazia Fatma
Edited by Rabab Kazi
Posted by MANIPAL DUBAI BLOG at 12:23 PM

Email ThisBlogThis!Share to TwitterShare to FacebookShare to Pinterest
Labels: campaign, Clean up the world, environment, UAE