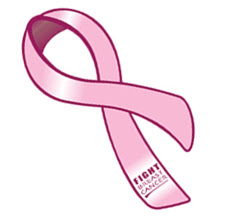 October is celebrated as the Breast Cancer Awareness month. This initiative aims to ensure people become more aware of this type of cancer and encourage us to opt for regular check-ups, however safe or unaffected they think they might be.
Most of us take health check-ups for granted. As your reading this, you may be certain that this disease is the least of your worries as it’s one of those things that can happen to anyone but you. Remember there are no guarantees.
It may sound as if this disease only affects women but even men are becoming prone to it. Some people have lost their lives and some have fought it. Those who survived, inspire the others that there is more to life, and a disease like breast cancer can be overcome.
Personal experiences are capable of making you feel the pain that your loved ones might have gone through. Similarly these students have felt the pain and would like to share their experiences with you.
Losing the battle
All of us have experienced loss. You might have known breast cancer survivors while you might have even come across someone who lost to battle. Journalism student, Mary Joy belongs to the latter, “I have lost someone very dear to me during their struggle against breast cancer. That someone was my aunt, who had been my inspiration, someone who I could look up to when I was in trouble. Aunt Arlene, that’s what I called her.”
Arlene, aged 55, was like any other women you would see around, happy, smart, caring and beautiful. When she came to Dubai in the year 2004 she was in search for a good life. In May 2008, she was diagnosed with breast cancer. This was a turning point in her life; everything came crashing down after the diagnosis. By August, she went back to her home town, Philippines, for further treatment of her cancer doctors suggested on removal of a breast.
Having to go through such surgery was difficult for her to cope up with. But with the support of her family, she recovered quickly from this traumatic event. Life always has this canny way of throwing at you when you least expect it.
And like life, the disease didn’t end, three years later, February 2011, she had suffered from a severe headache. After being admitted she learnt, she’d been diagnosed with brain tumour. The doctors informed her that the actual cause of the tumour was the spread of a cyst which was partially found in the breast. Due to the lack of medicine intake, the cyst had not been completely cured and thus it had travelled up to her brain, causing the tumour. There was no chance of survival as it had been the last stages of tumour.
By July 12, 2011, after months of pain and suffering, my aunt finally rested in peace.
A lot of qualms followed it, if only she been more cautious and taken medicines after the breast cancer recovery, would she have avoided the tumour?
If anything, this is a request to women and men, to get regular check-ups. It's better to have survived through early detection than to learn of such striking news at the later stage. There are many programs set up that support the cause, an ideal example is the annual event hosted by Bur Juman, Safe and Sound, a breast cancer awareness campaign, launched in the year 1997. Such campaigns have encouraged families in the U.A.E to proactively take charge of their health, helping to increase understanding and empower the women in the fight against breast cancer.
Surviving Breast Cancer
In today’s day and age where everything works at a lightning speed, feelings too have become something that constantly is on the move. It may be very easy to move on with our lives and forget about the people suffering. However, breast cancer patients deserve more than a month dedicated to them. Wouldn’t you agree?
Journalism student, Samiha Naaz shares her Badi-ammi’s (grandmother’s) battle against cancer.
Being a survivor doesn’t make the pain of the cancer any less. In late 2007, Badi-ammi was diagnosed with breast cancer. Coming from a small village, she never knew what breast cancer was and what harm it could do to her. It started with pain and grew in to lumps. Finally doctors decided she needed a mastectomy. It was a step towards recovery and we were nothing but happy that chances of her survival had increased. What followed was a lot stress, pain and a whole lot of stigma that she had to face from the society. People from the village failed to understand the reason behind it which only made her feel depressed and less feminine. Through the years she fought with her mental trauma.
Eventually, the pain of people talking behind her back became less as her triumph of surviving bought back her spirit of life. Today, Badi-ammi openly speaks about breast cancer in the village and educates the senior women in her community. She says, “There’s nothing to be ashamed of, accept it and fight with it, you’ll emerge a survivor.”
This whole experience was life-changing. The thought of disgracing womanhood because of a disease one have no control over is disorienting. The need for people back home to alter their perspectives towards their disease can only be done through increased awareness.
For further details on the aforementioned campaign, visit www.safeandsound.ae
Report by Mary Joy and Samiha Naaz
Posted by MANIPAL DUBAI BLOG at 6:46 AM