Acquired Immune Deficiency Syndrome [AIDS] refers to the final stage of HIV disease, which causes severe damage to the immune system of a human body. It affects tens of millions of people around the world. Each year, the World AIDS Day is held on December 1st, in order to honour the victims of the AIDS contagion as well as focus attention on the prevention and treatment of the deadly disease.
World AIDS Day is the focal point of the World AIDS Campaign, which is active all around the year. It is this day when people are made aware of the cause and the impact of HIV and AIDS through a lot of media coverage and fundraising charities.
In addition, health education campaigns aim to reduce the transmission of HIV and discrimination of people living with HIV and AIDS are often launched on or around December 1. On World AIDS Day, many communities, national and international leaders issue proclamations on supporting and treating people living with HIV and AIDS, and stimulating research into the treatment of these conditions. 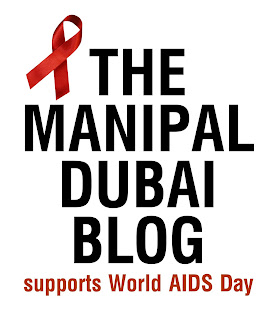 World AIDS Day 2011:
World AIDS Day this year is about “Getting to Zero.” Zero New HIV Infections, Zero Discrimination and Zero AIDS Related Deaths. Backed by the United Nations, the “Getting to Zero” campaign runs until 2015 and builds on last year’s successful World AIDS Day “Light for Rights” initiative encircling a range of vital issues identified by key affected populations.
The World AIDS Campaign focus on “Zero AIDS Related Deaths” signifies a push towards greater access to treatment for all; a call for governments to act now. In the coming months, the World AIDS Campaign will be spotlighting a range of 'Getting to Zero' initiatives to help see an end to AIDS related deaths.
Symbols:
A simple red ribbon is one of the most widely recognized symbols of HIV and AIDS and the people who live with these conditions. The symbol was presented by the Visual AIDS Artists Caucus in 1991. The individuals in this group wished to remain anonymous, keep the image copyright free and create a symbol to raise consciousness of HIV and AIDS. The red ribbon was originally intended to be worn as a badge, but is now used in a wide variety of ways.
Let’s take a step to spread awareness and build a foundation to support the “Getting to Zero” campaign so that there are no more deaths in the society due to HIV and AIDS.
By Maria Hussain
Posted by MANIPAL DUBAI BLOG at 6:00 PM