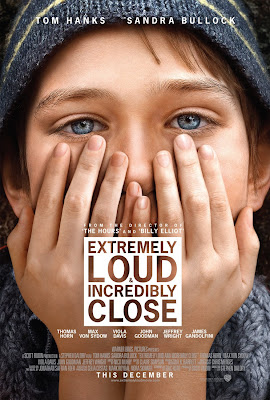 “If the sun were to explode, you wouldn’t even know about it for eight minutes. For eight minutes, the world would still be bright and it would still feel warm.”
Oskar Shell’s fight to feel this warmth and spent these eight minutes with his father’s memory who loses his life in the tragedy of 9/11. The story of this nine-year old, who finds a vestige of his father in form of a key that belongs to someone named Black. The boy is looking for the lock it fits, and the movie revolves around his journey of incarnating the eight minutes with his father.
Directed by Stephen Daldry, Extremely Loud and Incredibly Close is a drama film adaptation of the novel of the same name by Jonathan SafranFoer. The lead characters in this movie are played by Thomas Horn, Tom Hanks and Sandra Bullock.
With the camera work establishing claustrophobia and the momentousness of the movie, the story becomes more gripping leaving the trail of sadness. Oskar calls the day of the disaster as the ‘worst day’ and to live the relationship with his father a little longer, he is willing to take any changes, face as many fears and do everything it takes to find the right person named Black.
Gripping and sometimes too loud with pain, the movie is a true representation of dealing with grief. While some resort to silence, others look for answers. Extremely Loud and Incredibly Close gives a intimate insight on the Oskar’s mind, his relationship with his parents and grandparents. The bond of relationships is developed, broken, close and detached throughout the movie, just like in real life.
By Heena Makhijani
The writer is a final year journalism student at Manipal University, Dubai
Posted by MANIPAL DUBAI BLOG at 12:56 AM