Department of Media hosts an array of activities at Spectrum 2012

Spectrum is an annual event organized by the department of Media and Communications. This year the event was split into two days that is 14th and 15th May 2012.

ADFEST 2012
The Advertising and Public Relations specialization conducted the event ‘ADFEST 2012’ on 14th May. The students taking part in this event cosplayed as their favorite characters. They were either dressed as a cartoon character or someone from movie industry.
To entertain the students, a quiz was organized for them. Presley Viegas of 3rd year Media was declared the winner for this competition.
Dance performances were followed by Sudhakshina Shivkumar of 2nd year BBA and a group dance by Roshan Chikodi, 3rd year Media and Kevin Alexander, 2nd year Engineering.
There was a solo song sung by Jessica Johnson, 3rd year Media and a group song by 1st year media students.
The guests of honour were Mr. Avinash Udeshi, General Manager of Motivate Val Morgan Cinema Advertising and Ms. Vinisha Tauro, Business Support Assistant from Motivate Val Morgan.

Mr. Udeshi spoke to the students about what their company does, followed by a special screening of the Cannes Lion 2012 Award Winning Advertisements to the students and faculty of Manipal University, Dubai.

The evening was followed by our second installment of Media Monday, alumni gathering and networkin session for past students and current students, (report on media monday coming soon).

On 15th May, the first year students organized the event ‘Jigsaw 2012’, as a part of their course subject, Fundamentals of Event Management.  The event commenced with a short presentation on Social Media by first year media students, Lavanya Narayan and Sonia Khatri. 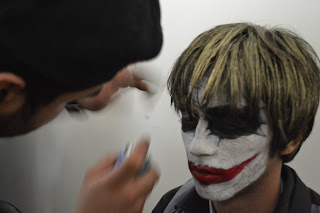 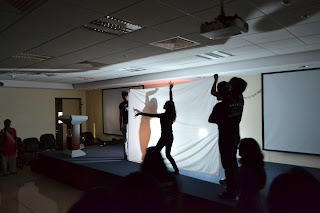 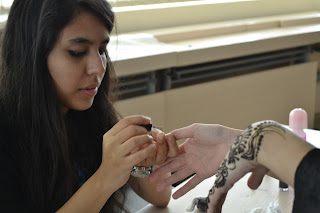 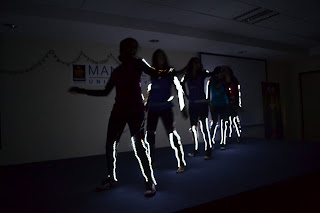 The four major social networking sites; Facebook, Twitter, Youtube and Linkedn were discussed. This was followed by a Movie Quiz by Aiman Fatma.
The event was host to various art stalls such as, henna, face make - up, hair styling and nail painting. Two gaming stalls were set up for the students; Blur and FIFA. The winners for Blur were given Virgin Megastore vouchers for first and second place respectively among other prizes. The winners for FIFA were given a Sun & Sands voucher.
Student dance performances were a highlight with Shadow dances, Bhangra and riveting light dance. Audiences were encouraged to participate in on the spot dance competition. Ehsan Navasan , Muhammad Hassan Saleh, Roshan Chikodi, from 1st, 2nd and 3rd year respectively of the Media department won ICE watches emerged winners for the same.
The event also hosted a small awards ceremony that awarded students who consistently excelled in academics and in the field of sports in the Department. Each student was given certificates of merit.
The seniors also took this opportunity to pass the lantern on to the juniors as a symbol of relaying the final year students’ success on to the next batch.
By Christine Marie Cherian
Posted by MANIPAL DUBAI BLOG at 4:40 PM