Are you ready to graduate? 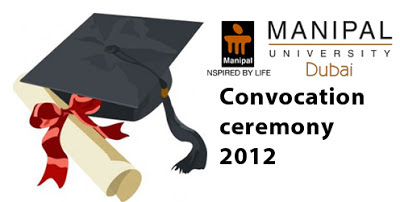 Graduation...the one word that immediately transports you to that day, when you stood on the podium, wearing a black robe and holding your degree, with a broad smile and the photographer taking your picture...you are reminded of all those bitter sweet memories, as you finish a part of your life and step foot towards bigger things.

As nostalgic the memory of graduation is, many don't know the finer things involved in graduating.
Why is your graduation robe black?
Black symbolizes night. In Western fashion, black is considered reliably stylish. Black is seen as a colour of seriousness and authority, and is found in law and religion in that context. In the Maasai tribes of Kenya and Tanzania, the colour black is associated with rain clouds, becoming a symbol of life and prosperity. Black was also the colour of an Arab dynasty of caliphs, and is seen as a royal colour by some.

For graduate hoods and academic regalia colours, black or shades of black (specifically darker drab colours and darker brown colours) are used to designate the degree or the discipline.

What is the graduation hat actually called?
A graduation hat is called a "Mortarboard hat". is an item of academic head dress consisting of a horizontal square board fixed upon a skull-cap, with a tassel attached to the center.

How to wear your Mortarboard?

The cap should be worn so that the mortarboard is level and not cocked to either side or placed on the back of the head. The crown of the cap should come to approximately 1 inch above the eyebrows. The deeper portion of the crown is the back. 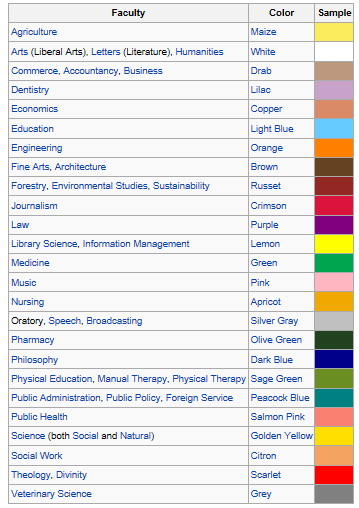 Why do the hats have different coloured tassels?
For Bachelor degrees the tassel may be coloured differently from the traditional black or school colours to represent the field (or one as closely related as possible) in which the wearer obtained his or her education.

However, the American Council on Education (ACE) code states that "The tassel should be black or the colour appropriate to the subject," and only makes an exception for the gold tassel. The gold metallic tassel is reserved for those entitled to wear the doctoral gown, as is the use of velvet for headwear.


What direction should be the tassel?

Why do we throw our hats at graduation?


According the to the United States Naval Academy's website, this time is an honoured tradition of throwing graduation caps in the air began with their military class of 1912, with the cadets celebrating their graduation from the Academy by throwing their hats into the air one memorable June day.

According to Brownielocks.com, at the Air Force Academy, children who are under the age of twelve get to go after the graduation caps after they have been thrown into the air and land on the ground; furthermore, the kids who find them get to keep them, too.﻿﻿

Best of luck to our soon-to-be graduates!

The writer is a final year media and communications students specializing in Journalism.
Posted by MANIPAL DUBAI BLOG at 11:48 AM