Yash Chopra: The king of romance will be missed 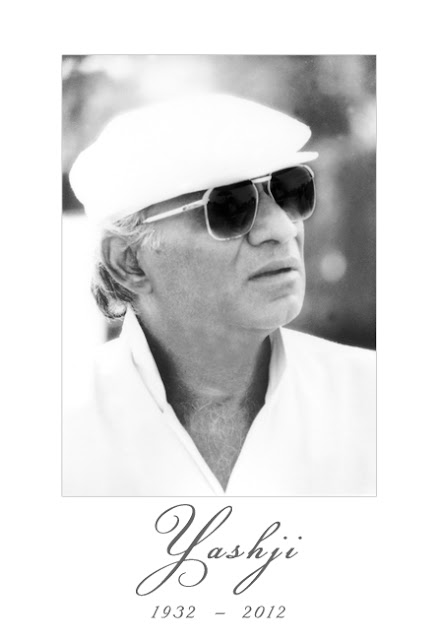 One of the legends of Bollywood Yash Chopra passed away yesterday evening at Lilavati hospital in Mumbai, India. He died at the age of 80 due to a multiple-organ failure, a week after he was admitted in the hospital with dengue.

Chopra first started his film making career in the 1950's and established his own film studios, Yash Raj Films. He made many block busters that audiences know and love like Dewaar, Silsila,  Kabhie Kbhie, Chandini, Dil To Pagal Hai and Veer Zara and also helped establish the careers of many film stars like Amitabh Bachchan and Shah Rukh Khan.

Yash Chopra has been honoured and recognized world over for his contribution to Indian Cinema. He has won six National Film Awards and 11 Filmfare awards, including four Filmfare Awards for best director. He was also honoured with the Dadasaheb Phalke Award in 2001 and India's highest civilian honour the Padma Bhushan in 2005. Yash Chopra was also formally bestowed with France's highest civilian award, the "Officier de la Legion d' Honneur" (Officer of the Legion of Honour) in July 2008.

He celebrated his 80th birthday last month and spoke about his last project Jab Tak Hai Jaan, which will be released next month in time for Diwali.

"I send heartfelt condolences to the bereaved family and the entire film fraternity at this loss. He established the popularity of Indian cinema internationally and was honoured by many governments. He will be remembered by millions. He had an aesthetic talent to make his films look larger than life. His flourish to essay romance and social drama was unmatched."

The funeral will be held at his home in Mumbai today. He is survived by his wife Pamela and two sons Aditya and Uday. The King of Romance will truly be missed by his fans and audiences worldwide. More details on his final journey can be accessed at www.twitter.com/YashChopraFilm

The writer is a media and communications student specializing in Journalism in Manipal University, Dubai.