Christmas with Cupid: Get your dating terminology right! It is Christmas and love is in the air! But before you think of falling in love, you should get acquainted with modern-day dating terminology. These terms are, well, really smart.
Chasing
Men prefer dating women who make them chase. And so does my dog, Tommy. He loves chasing just about anything. To chase simply means to stalk your crush. Facebook, twitter, blogs, you spy her every move.
Let’s make it not sound so creepy, let’s call it chase.
Taking a break
That is what my mother would do when she would have spent almost the entire day on household chores. She would take a break or get some rest.
Similarly, dating can get very stressful for hot-shots… like celebrities. Too much paparazzi, media, rumors blah blah. So they developed this whole idea of taking a break.
Now I don’t understand how taking a break makes sense to a bunch of college kids who stress out on shoes, bags and testosterone imbalances.
Hanging out
It is just another way of saying, “let’s see how far we go”. Far doesn’t literally mean journeying together.
To hang-out simply means to walk around as a couple or almost as a couple followed by a deep desire to see what comes next.
Let’s not have any strings attached yet, let’s call it hanging-out.
It is complicated
That used to be my number one statement when I couldn’t solve a math problem. Teens today however use it as a lame excuse to get out of a failing relationship. Gone are the days when couples would work hard to transform a relationship into a marriage.
It is complicated simply means to shield yourself from a few disagreements, a big fight or simply boredom.
Let’s not agree to our immaturity, let’s look cool and say it is complicated.
Seeing each other
When you are just too meow to date each other, you see each other. It is like taking a test-drive, so many cars, so little time.
Let’s not call it just another immoral escapade, let’s just say we are seeing each other.

I wish you and a delightful Christmas! 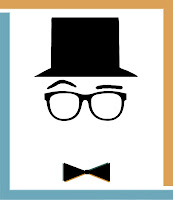 As we all love a little mystery, this post was written by a student from Manipal University, Dubai who goes under the pseudonym of 'Leo Luca'.

Our mystery blog writer who shares his wise-cracking columns every Monday and describes himself as a tall, fair and mirror cracking material who advises the lost and damned (a.k.a. teens) on various personality related issues like building confidence, developing a cool attitude and transforming low-butt jeans to low-waist jeans.