MOVIE REVIEW: ‘The Hobbit: An Unexpected Journey’ continues to entertain, even a month later 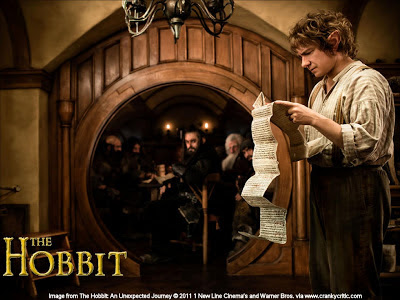 It’s been nearly nine years since we last voyaged through the mystical world of middle earth. But just when we thought nothing could surpass that incredible experience, Peter Jackson decides to gift us an early Christmas present with - The Hobbit.

“The Hobbit”, a film based off the prequel to “The Lord of the Rings” trilogy by J.R.R Tolkien, came out with a bang when it opened on Dec. 14, bringing in a total sum of $84.6 million in box office sales opening weekend.

The first of a trilogy, The Hobbit manages to take the audience through a life sized journey. The new technology of filming in 48 frames per second (known as HFR) along with 3D allows for smoother, sharper, more realistic motion and special effects, visually enhancing the depth of J.R.R. Tolkein’s powerfully descriptive middle earth. As the audience, you are nothing more than a tiny speck in the face of this brilliant work of art.

The movie begins by introducing you to the mighty dwarf kingdom of Erebor (a large fortress kingdom within the mountain), well-known for producing impeccable weaponry and armor as well as for its infinite treasures. When it is unexpectedly invaded by the vicious dragon - the antagonist of The Hobbit series - Smaug, the entire kingdom is lay to waste, treasures stolen and leaving the surviving dwarves to find a home elsewhere.

Years later, the grand wizard Gandalf along with the thirteen dwarves of Erebor turn up unannounced at Bilbo Baggins’ (a conservative hobbit and the titular protagonist) home and request him to join them on their honorable quest to reclaim their kingdom from the evil dragon Smaug. What follows is an exhilarating adventure of survival as the group encounters ghastly trolls, stone-giants, nasty goblins, ferocious orcs, giant spiders and wild brutal wolves.

The characters enacted by all the actors were magnificent. Martin Freeman as the doubtful reserved hobbit who rises up against all odds and transforms into a hero, was endearing in his performance. Ian McKellen as the wise wizard Gandalf was brilliant as expected. The twelve dwarves amusingly infused the comic relief, while the leader of the dwarves Thorin (Richard Armitage) reserved his emotions to honor, nobility, discipline and revenge.

Special appearances by Elijah Wood, Cate Blanchett, Hugo Weaving and Christopher Lee were quite enlightening and reminiscing of the Lord of the Rings trilogy. Lastly, the master of ‘motion capture’ Andy Serkis returns as the sinister and creepy Gollum to remind audiences that it was his character that set into motion the forthcoming series of events.

Peter Jackson’s latest endeavor is nothing short of a masterpiece. His execution of the script, camera angles, performances, visual effects and music is near perfection. The grand scale of the film immerses the audience into a world that is an absolute bliss for the senses and has to be experienced to be believed.

The writer is a second year postgraduate student studying Media and Communications and specializing in Television and Video Production.
Posted by MANIPAL DUBAI BLOG at 8:04 PM