In order to educate young minds on the art of film-making, Manipal University organized a workshop for school children wherein they were taught the three stages of film-making, namely: pre-production, production and post production.

The workshop began with a brief introduction by Mr. Deepak Jain, Event director, CIFF. This not only served as a training ground but also provided the children with hands-on technical experience under the guidance of Sabir Haque, Siddharth Seth and Sambhram Pattanayak, Media Professors at Manipal University. They spoke about script writing, shot sizes, types and angles, and editing.


This workshop was conducted in collaboration with CIFF (Children’s International Film Festival), a unique concept to familiarize children with the filmmaking industry. 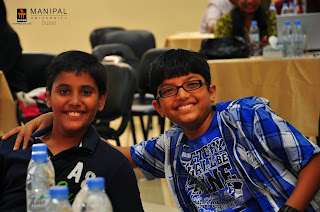 Organised by The Film Studio FZ LLC, Dubai, a full-fledged Film & TV Production and Events Management company, Children’s International Film Festival (CIFF) for pre-teens and teens aims to encourage young talent in filmmaking and promote children’s and teens’ films, that are inspirational, influencing and root our children in the real world.


The objective of CIFF is to set an internationally recognised standard of excellence in film and video for children. It is further their mission to support and encourage the work of talented and dedicated filmmakers by showcasing international films of the highest quality. CIFF also serves as a professional forum through which quality children’s films and video gain increased distribution and access to wider audiences. 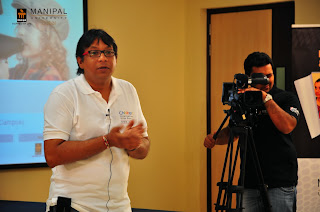 It is usually difficult to think of a children’s film without a hint of the unreal and over the top scenarios. Films screened at CIFF however, are made by children who do not have access to special effects or animation graphic; it’s pure story telling.


Some of the most brilliant student minds in UAE will be submitting their films for the coveted grand awards and the chance to become the best filmmaking team in the whole of UAE.
Along with this, the festival has some of the most famous, award winning filmmakers from around the world who are going to screen their films.

The writer is a final year Media & Communication student specializing in Television and Video Production
Posted by MANIPAL DUBAI BLOG at 1:30 PM