Remember your first tweet? I do. It was in 2011 and was absolutely pointless, I didn’t know what twitter was or how I could use this medium wisely and never imagined how it would affect my life.

Twitter was initially created to enable text messaging to have a cross platform capacity, work on phone, computers, and other devices. I bet Evan Williams, Jack Dorsey & Biz Stone, founders of Twitter never imagined the impact their innovation would have on millions of lives.

As per Statistic Brain , Twitter, with over 550 million users expects to reel in almost 400 billion dollars in 2013 through advertising. The very fact that brands and establishments are willing to invest this much is proof of how vital it has become in this digital era. It’s 2013 and I am still in the process of learning how to use twitter. This morning I had attended a presentation on “The Definition of Social Media”, presented by Ms. Meghna Kothari (Director at McCollins Media,Dubai) and was flabbergasted by how little I know. I have accounts on various social media platforms but have no idea how to use them. As soon as I got hold of my laptop, I signed into my twitter account and read all my tweets. I couldn’t believe the rubbish I had tweeted.
Recently I had gone for a series of interviews at “Orient Planet, Dubai”, a PR and Communications company that was looking to hire a PR account executive. During the interview with the Managing Director, I was asked repeatedly if I would be able to get to work on time and couldn’t for the love of God understand why. Though I got through 3 interviews, I didn’t get the job. I wondered what prevented them from hiring me and today while I was reading my past tweets, I think I got my answer. When I had joined World of Media as a marketing executive trainee I wasn’t exactly the ideal employee. I was new to the working world and didn’t know what was expected of me. I had tweeted on several occasions that I was late to work and several other tweets that would put off any employer and I believe my foolishness cost me a good job. So I spent over an hour reading every single tweet and deleting anything that would make me look bad. 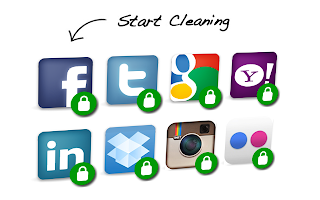 Social media can be a great tool for both employers and employees to get what they want and must not be taken too lightly. Social Media plays a very important role in the way we are perceived and we really need to think before we post anything, be it pictures, videos or status updates. Here are a few ways in which you can use Twitter to your advantage.

1. Microblogging
This one is obvious, but in the rush to put Twitter to other uses, many people forget its first use as a micro-blogging platform. And it is still one of the best uses. It’s easy to make a quick tweet telling the world what you are doing, how good your morning coffee tastes or how bad your lunch went.
2. Quick answers
The idea of crowdsourcing has never been so quick! You can ask all sorts of questions to the Twitter universe, from what is the capital of Alaska to what people think of a particular brand of baby food. And the more friends you have, the more detailed answers you will receive.
3. Finding a job
Whether you just got laid off or you are sick of your current job, Twitter can help you get a new job. Not only can you announce to the world that you are looking for employment, but many companies post their job openings on Twitter.
4. Keeping up with the news
From newspapers to magazines to TV stations and cable news, it seems everyone is adopting Twitter as the coolest thing since sliced bread. The coolest part is that it makes Twitter a great way to keep track of news.
5. Arrange a lunch with friends
Twitter can be very useful for arranging a time and place to get together. It’s like a conference call with text messaging. So, if you have a regular lunch date with a group of people, or just want to arrange a get together, Twitter can be a great way to nail down a time and place that works for everyone.
6. Helpful outbursts, or in other words, screaming your rage
Bad mood? The sagely advice is to let it out, but to who? It’s not like most places of employment have a handy punching bag, and it’s probably not smart to vent to your boss. That’s where Twitter can be really helpful because it lets you rage to millions of people. And you might just get some sympathy tweets out of it too.
7. Keep up with your favorite team
Twitter’s search feature can be a great way to track trends or keep up with a particular subject. And if you are a fan of sports, it can be a great way to really connect with the team. Not only are many sports players on Twitter, but you have the media and millions of fans to keep you updated on the latest and greatest.
8. Find out what people really think about the latest movie
Twitter can be a great way to find out if the movie is a bomb or a bust, so you don’t have to waste your money on a real dud.
9. Becoming involved with politics
Politics on Twitter goes far beyond just following politicians. The Iran election crisisshowed what a political force Twitter could be as it not only allowed Iranian citizens to break through the walls Iran hoped to keep up around the events, but also let people from around the world show their support by turning their profile pictures green.
10. Fun and Games
One of the most recent activities that is becoming popular on Twitter is the use of third-party games to interact with Twitter accounts. For example, Spymaster allows you to create your own spy ring using your followers as spies. You generate money for your spy ring by completing tasks either solo or in real-time with other spymasters.

The writer is a final year postgraduate Media & Communication student specializing in Journalism
Posted by MANIPAL DUBAI BLOG at 3:00 PM