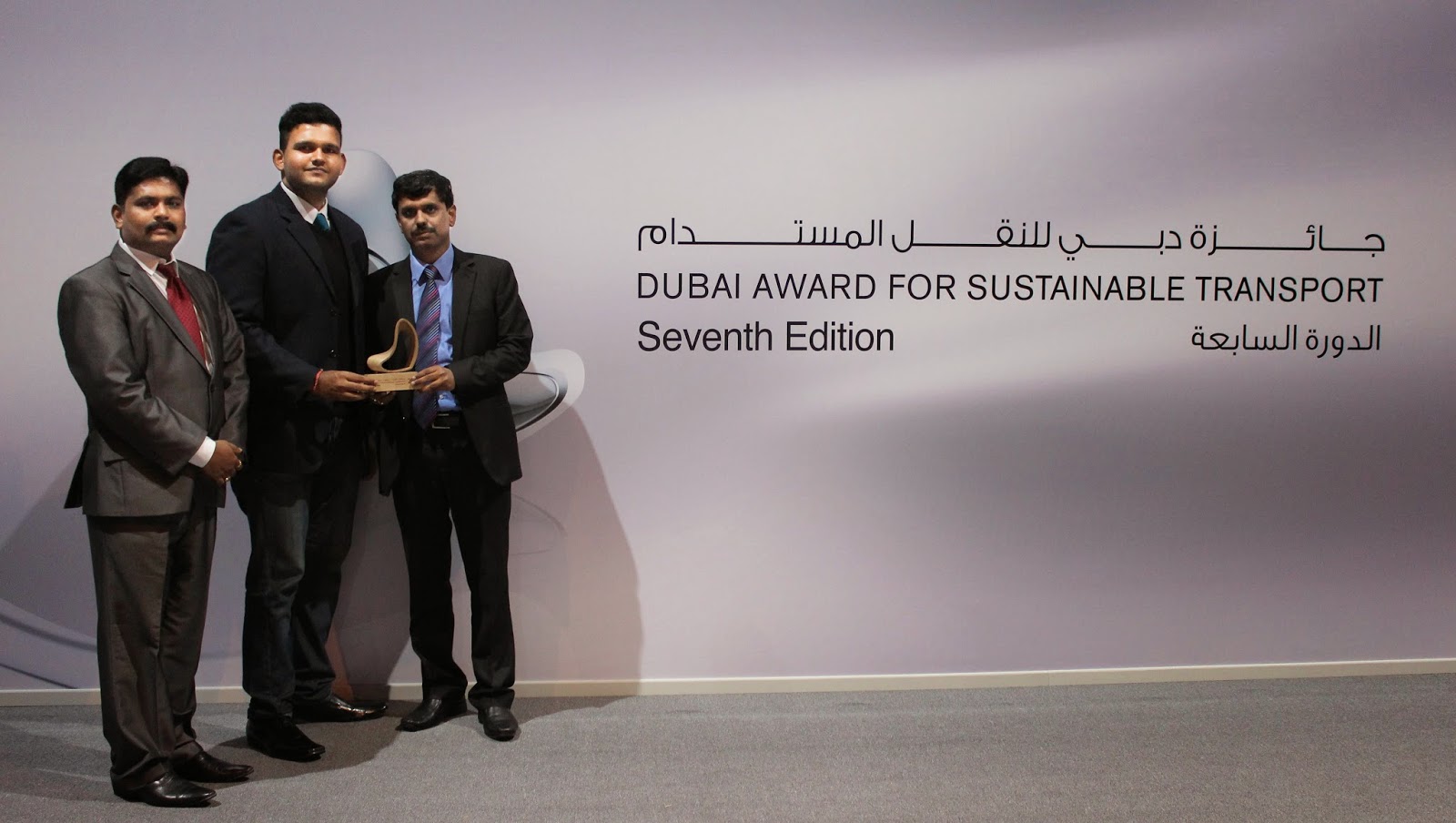 School of Engineering & IT, Manipal University, Dubai Campus project “Sustainable Forms of Energy Usage in Automotive Application” won the Best Student Project Award in the 7th Dubai Award for Sustainable Transport (DAST). The project has also won a prize of AED 10, 000 with the award.

The ceremony was held in the Dubai World Trade Center and Ray LaHood, the former US Department of Transportation Secretary, was the Guest of Honor and Key Speaker at the opening ceremony. The event was also graced by Mattar Al Tayer, Chairman of the Board and Executive Director of the Roads and Transport Authority (RTA).

The 7th edition of DAST received 120 entries in various categories including best student project and Manipal University was the only foreign University, which has won the award in this event.
Posted by MANIPAL DUBAI BLOG at 9:57 AM