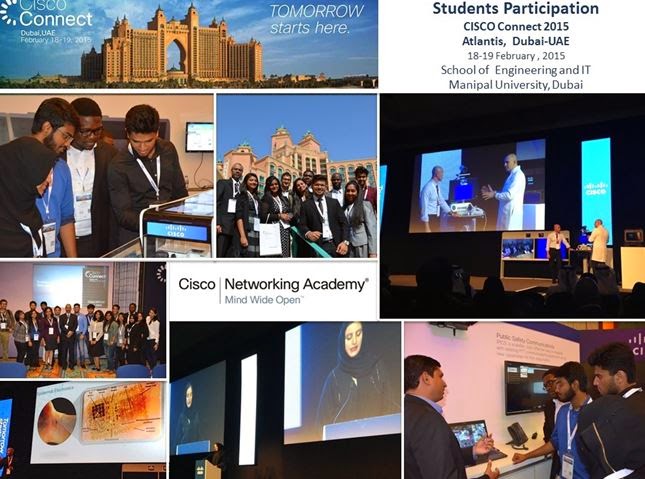 The inaugural ceremony was marked by a keynote address by Dr Aisha Butti Bin Bishr, Assistant Director General of the Executive Office about the Smart Dubai initiative.  This was followed by an engaging session titled, “The Internet of Everything” by Rabih Dabboussi, Managing Director (CISCO-UAE) who stated that as of now only a mere one percent of the world is connected by the internet which granted a revenue net profit of AED 1 trillion. Awed gasps could be heard when the audience calculated how much the revenue of countries would prosper if CISCO could achieve its aim of connecting 100% of the world making it a global village in every sense.

The session introduced and discussed several innovative ideas and products introduced. One of which was a plate that could project 3D figures that can be virtually manipulated and showed great promised of being one of the greatest boons of the educational and business industry. Another was multimedia magic, which allowed video conferencing where the person was not needed to be seated at a place, instead the presenter could move and the camera automatically followed making the whole scenario more interactive and real.

The session allowed students to network with key CISCO delegates from other regions and visit the exhibition organized by CISCO and its franchisees like the ALPHADATA, CELL ONE, etc. who gladly invited student proposals for internship and placement opportunities as they were keen to support students in their projects and innovative ideas.

By Dhruv Verma & Trishna
The writers are from third year B.Tech CSE

Posted by MANIPAL DUBAI BLOG at 11:01 AM